Today, my partner and I are excited to announce Hades’ Star, an original, social, persistent online strategy game designed for mobile devices. The game’s newly launched web site has some initial information, and will be updated with more information over the next several months as development continues.
With this announcement post, I wanted to focus on two things. First, some personal background on why create this particular kind of game. Second, some thoughts on the current business environment on mobile platforms, including a promise of sharing any resources we can with other small studios making service-based games. 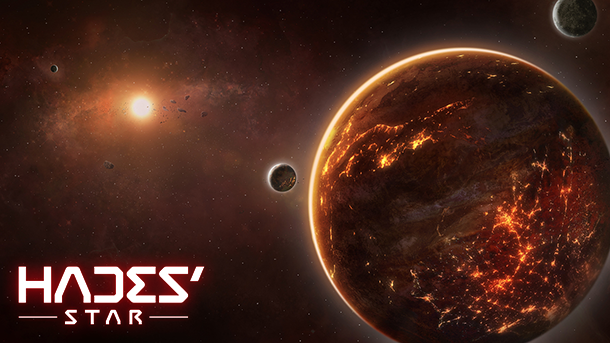 When I recently found myself in the extremely privileged position of being able to create any kind of game I want, I had little trouble deciding what that game should be.
Hades’ Star will try to fulfil what I saw as the promise of Master of Orion, one of my all time favorite games. This does not mean it’s a similar game to Master of Orion. The differences are radical: This is a game that is played over many short intervals each day (instead of hour-long sessions), it’s persistent (you never start over), it’s online only, it has no distinct alien races, and the diplomacy is mainly a chat window where human players have the option to talk to each other.
But what I am trying to achieve with these radical changes is to capture some of the feelings I had when I was playing Master of Orion many years ago, in a way that’s compatible with my current time and attention patterns. The feeling of wonder when exploring, claiming, expanding on a corner of space you can truly call your own. The suspense of diplomacy, best experienced with other human players, especially when game rules explicitly support meaningful social interactions. And the excitement of strategic decisions that carry impact, shape the world and cannot be rolled back. We will judge and keep updating the end game based on how well it delivers on the immutable goal of recapturing these feelings, with the other implication being that this judgment will happen over the long run. We are interested in creating and supporting a game that can be played for months or years, not finished in a week. We want to create a world that many people can participate in, set long term goals, and help it evolve and stay interesting for a long time.
What I also find interesting, is how different this game is today, compared to what I would have wanted to make 10 or 20 years ago. My younger self would never understand why I’d make these radical changes. He would confuse realistic graphics and other uses of cutting edge technology with overall game quality. He would wonder how anyone could like a game that’s not meant to be played for hours straight, that’s not meant to be “immersive”.  Myself today, on the other hand, would probably have quit games completely if it wasn’t for accessible games, especially on mobile devices.
While recapturing the feelings of exploration, diplomacy and strategy is the constant driving force behind the design of Hades’ Star, the actual features and implementation details are still in flux, with many ideas already in the dust bin and many more likely to follow. Perhaps some of those rejected ideas that sounded really good on paper could make interesting future blog posts. 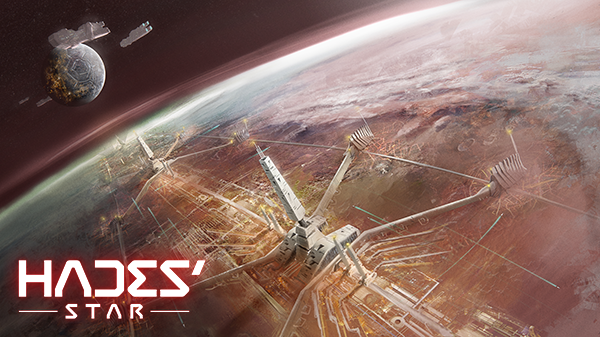 Inextricably linked with the development of the game is the creation of our company. Being intentionally very small means we are exclusively focusing on Hades’ Star, but in the back of our work for this game lays a longer term vision for ourselves. While we are building the technology base, support channels and the overall framework that will allow us to operate persistent online games, we never forget our long term goal: Viable, Long Term Independence. Independence to work on and support games we ourselves love and want to play, without starving our families. Independence to create an environment that will attract and retain small teams of exceptional individuals. Independence to have direct, honest, meaningful communication with our players. Independence from all kinds of unreasonable expectations and pressure that plague many teams that accept outside money.
All that sounds great and romantic on paper – until we realize what we’re up against. Mobile is an extremely competitive and tough space, and I’m the first to admit I often think we are walking into a business reality we can’t possibly survive. But at the same time, the last thing I’d want to do is work on a platform I’m no longer interested in and no longer play games on any more. Nothing matches the immediacy of playing a game on mobile. It’s the perfect match for my (and hopefully others’) pockets of free time. I would hate myself if the first thing I did with my freedom is try and find a compromise platform that might be more suitable for a small team.
After launch, I intend to present numbers and lessons in an area I find there’s a lack of public numbers: a small team trying to survive on the app store making a constantly supported, service based game. I find there are lots of numbers from teams that make one-off paid games on the app store, but not as much data from constantly updated free to play games. We will talk about our assumptions before and after launch, and what metrics we use to determine if this will be a viable project to support a small team going forward. Hopefully, this data will be helpful to other teams considering making similar service-based games for mobile platforms.


If you are interested in more details about the game, or just want to follow our journey as it’s starting out, feel free to get in touch via our social channels (facebook, twitter). You can also register to receive notifications for upcoming beta tests on the first page of our web site.